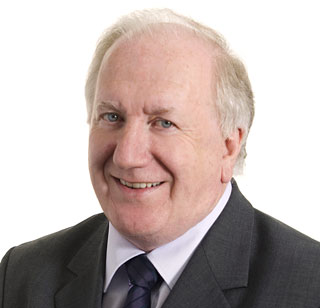 Brendan Tuohy is Chairman of the Governance Committee of MAREI (the Science Foundation Ireland Centre for Marine and Renewable Energy), Irish Longitudinal Study of Ageing, Global eSchools and Communities Initiative and Quality Council for Kerry Education and Training Board.

Since 2007, he has served on a number of boards of commercial companies and non-governmental organisations, and in November 2019 he was appointed as Chairperson Designate to the Board of EirGrid, who (in conjunction with SONI) are responsible for operating and developing the electricity grid across the island of Ireland.

Previously, Brendan worked in various Government Departments and served as Secretary General of the Department of Communications, Energy, Marine and Natural Resources (2000 – 2007); as Assistant Secretary in the Department (1992-2000), with specific responsibility for the communications sector, corporate services and the State-owned companies. Prior to that he was Fire Adviser in the Department of Environment and Local Government (1986-1992), with responsibility for Fire Services, Building Control and Emergency Planning; Assistant Fire Adviser (1983-1986) and Fire Prevention Officer, Cork City Council (1977-1983).

Drawing on an experience of over 30 years working in government and more than 12 years working in the private sector, Brendan Touhy’s keynote presentation will address the challenges for Engineering Education in encouraging and facilitating students to look beyond mathematics and engineering to prepare themselves to take leadership roles in a world that is looking not just for technically-competent people but people who can also bring a much wider appreciation of what makes us human and what helps us to create flourishing communities.

Besides looking at the lessons to be gained from other disciplines, such as philosophy, anthropology and mythology, the presentation will also discuss the efforts in Ireland to deliver the significant policy aspirations set by the EU and the Irish Government in relation to Climate Change and to translate these high-level targets into initiatives on the ground in local communities. It will refer to some lessons learned in addressing these challenges, through engaged research with local communities, particularly as they apply to Engineering Education.